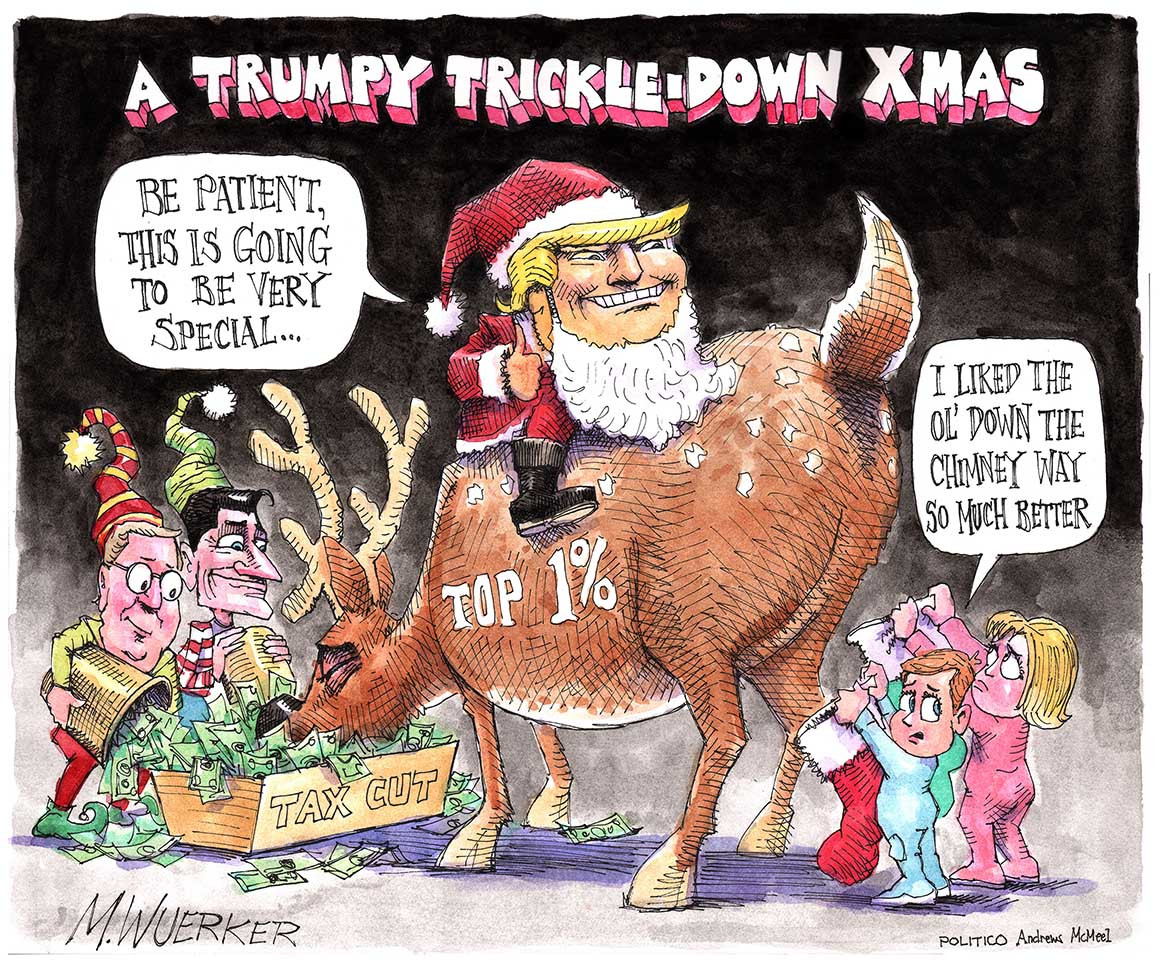 Can you say “LOST TOUCH WITH REAL WORLD”, you arrogant SOB!!!

“I think not having the estate tax recognizes the people that are investing,” Grassley told the Register. “As opposed to those that are just spending every darn penny they have, whether it’s on booze or women or movies.”

My Dearly Beloved complains about all the stuff in the attic every time whenever he goes up to look for something.  I complain because he can’t find things that I’m certain we’ve stored up there.  For instance, this morning I discovered the neatly labeled Fall and Thanksgiving carton that he hadn’t been able to find in time for us to use.   I’ve since combined all the fall decor in a  large plastic container with a bright green lid now.  Maybe next year the witches and the angels won’t emerge at the same time.

Alas, this box, labeled by my DB,  was empty when I came upon it in the attic.  I have no clue as to what it contained.

I feel reasonably sure it’s not Dog Glass.

Youngest daughter gave me a pair of flannel sock monkey  pajamas as a sort-of gag gift at least ten years ago.   She also provided matching slippers, but those got chewed to smithereens three dogs ago, although I still wore them chewed until two dogs ago.

The pajamas are so thick, they require a drawer by themselves,  since my other nightwear refuses to mingle with them.  I’ve taken them out countless times to donate somewhere. . . perhaps to a museum at this point. . . but I always end up saving them for one more year.

The thing is, besides the fact that they’re inappropriate for a woman of my golden years, fashion sense, and incredible sophistication, they’re too hot for any human of normal body temperature to sleep in, no matter how cold the night.

BUT, when I get whammed with a virus that flattens me, only the sock monkey pajamas can take away the accompanying chills.  Even my Dearly Beloved, who shuns cough syrups and medicines, has resorted to wearing them on such occasions.

I’m talking daywear.  Other than perhaps in a cryogenic state, they’re still too hot for one to wear in bed, yet to schlep around from sofa to bathroom to bed during a siege of flu, cold, sinus infection, they’re pure magic.  The top has two patch pockets large enough for tissues, nasal sprays, cough drops, cellphone, whatever, all at the same time.

The 2016 version of pestilence and disease in the Lee household struck about the same time the ghost of Marley would have shown itself.  It was a doozy.  I donned the pajamas, hit the sofa, and settled in for a long winter’s bout.

Dearly Beloved offered incredible support by letting me binge-watch Hallmark Christmas movies without so much as a whimper about all the games he was missing on TV.  A prince among men!

By Christmas evening, the prince was feeling pretty lousy himself.  His Christmas dinner consisted of my takeout leftovers from the previous week and a slice of pumpkin bread a kind neighbor had brought over, along with a glass of wine.  Mine was four saltines and a glass of water.

The pajamas are an indicator of how one is progressing because they become suffocating to the wearer as soon as one starts to turn the corner back to good health.  Hah!  I didn’t find any corners for five days.  The sock monkey pajamas were all that was holding me back from the abyss.  Well, those and the Hallmark Christmas movies.

Yesterday, I felt good enough to move into sweatpants.   I even cooked dinner last night:  Italian-style meatballs and marinara over spaghetti squash.  Granted, the sauce was jarred, the meatballs made by the butcher, we had no olive oil, and DB had to halve the squash for me, but that three-ingredient dinner was fabulous.

I may even feel mended enough to do the laundry today.  I need to wash those pajamas.

Dearly Beloved is having chills.

Of all the statistics being tossed around from the Presidential election, the one that perhaps surprised me most was that 53% of white women voted for Donald Trump. Not that they should have voted for Hillary Clinton because she was a woman, but because they voted for a man who demeaned women publicly and privately.

(He also bullied and ridiculed the weak, put down minorities, and reviled immigrants.  I’m guessing that, unlike those white women,  they expressed their disapproval of his behavior with their votes.)

This election spawned a support group called Pantsuit Nation on Facebook, giving women of all ages the opportunity to interact and talk of their passions and frustrations with others who felt just as strongly.  But the bravest group of all, I thought, called themselves Republican Women for HILLARY.  At a time when even the most assertive members of Congress fear being even slightly out of step with their party line, for these women to publicly proclaim their intentions was, to me, amazing.

Within my own family, some of us were crushed by the election results intellectually and viscerally.  When my devastated older daughter went for a walk Wednesday, she came upon this house and, on impulse, felt compelled to ring the doorbell.

She could do little but introduce herself to the woman who answered the door before bursting into tears.  The woman, a complete stranger to my daughter, reacted in the same manner.  They hugged and sobbed on the stoop before my daughter continued her walk.

Shortly afterwards, the woman changed her sign to this:

To his credit, Donald Trump has been inclusive and gracious in his post-election comments.  It would be wise for members of Congress to behave in a similar manner, for most of us are sick of the terms Democrats and Republicans.  I for one, would like to simply be American now.

Be honorable when no one is watching.  Compromise.  That doesn’t mean “it’s MY turn now.”  It means working together: mutual concession, respecting each other’s differences.  We should be able to manage that.   We call ourselves, after all, the United States of America.

Merrilymarylee's Weblog
Create a free website or blog at WordPress.com.