I knew it, but I never expected it to have such an impact around here.  The goings-on in my garden have been serious enough that the likes of Farmer MacGregor, Porky Pig, or Dick Cheney would have run out with both barrels blazing days ago.  Luckily for the rabbits, I don’t own a gun.

I can see how having a place on the Chinese zodiac could give them a sense of entitlement, but the rabbits around here have gone waaaay too far in their celebrating.

In the beginning, I sowed some lettuce seeds around the ivy topiaries…

And it was good. 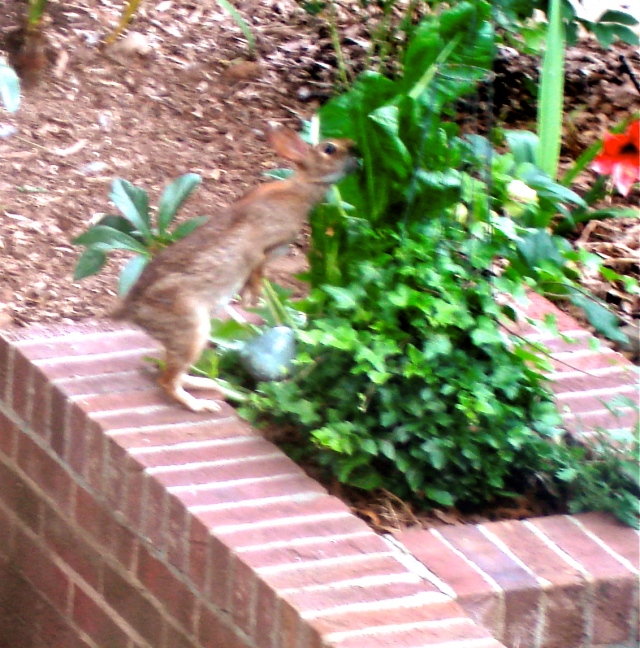 After the last of the lettuce– the Romaine–had been nibbled to a nub, shouldn’t Flopsy/Mopsy/Peter have moved on to the ripening tomatoes in our neighbor’s garden?  Of course they should! 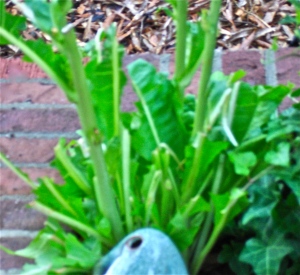 When I went outside this morning, a heuchera plant was headless.   It had happened overnight.

One of my roses had been munched.

Some of the lily stalks were nibbled naked.

The fearless culprit still hung around, watching me with an evil eye.

I mean that literally: an evil eye.

Let me show you what I mean.

Every photo I took this morning had the same freak anomaly.

I’d been hearing about these since I was a child, so recognition dawned at once, although until that moment I wasn’t even sure that they really existed.

Perhaps it occurs only in the year of the Rabbit.  I swear that I didn’t mess with this photo.

Believe me.  Here is a second photo.  On this one,  I tried the old red-eye removal option.  It didn’t work.